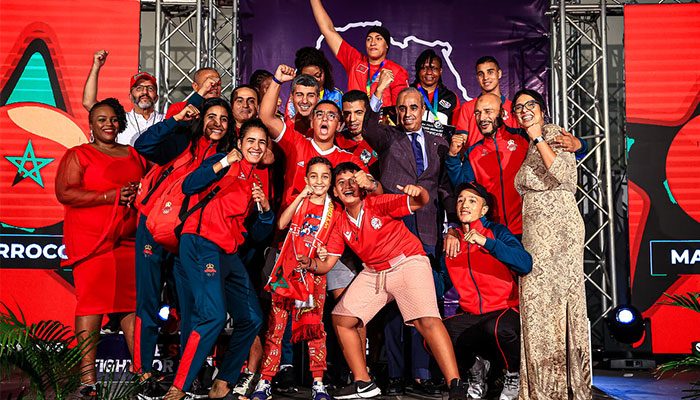 Moroccan boxers did not make up the numbers during the 2022 African Boxing Championships. The national team won nine medals, including 2 gold, 5 silver and 2 bronze during this edition, which s took place from September 9 to 18, 2022 in Maputo, capital of Mozambique. Boxers Hamza El Barbari (-71 kg) and Khadija Mardi (+81 kg) won gold, while Chaïmae Ghadi (60 kg), Rababe Chedar (50 kg), Saïd Mourtaji (51 kg), Idriss Reroumi ( 75 kg) and Mohamed Sghir (80 kg) will return home with a silver medal in their suitcases. As for the other two bronze medals, they were won by Widad Bertal in the 57 kg category and Abdelhak Nadir in the 63.5 kg.

Twenty-four countries participated in this international competition, which was back after five years of absence. It brought together a total of 64 boxers and 147 boxers around thirteen events.