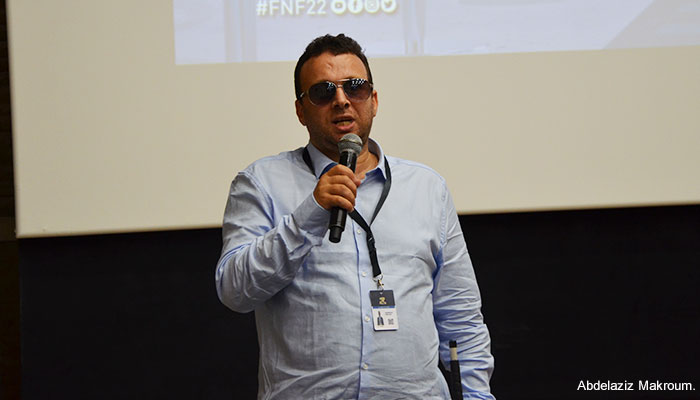 Monday, September 19, 2022, at the Alcazar cinema in Tangier, dozens of moviegoers had an appointment with “Bad faith”, a short film by director Abdelaziz Makroum. This film tells the story of a young unemployed Moroccan graduate. With a view to working as a driver, he turns to an Egyptian mediator who finds him a job with a very wealthy family.

The director shared with the audience the conditions of the shooting of his film and how he outdid himself with regard to his specificity as a visually impaired person in order to deliver a quality production.

“I listen to the actors to choose the best. It’s the tone of voice that helps me choose the right role for each actor. As for the actress Amina Barakat, I knew her before losing my vision and when I wrote the screenplay for the film, I noticed from the start that her profile fitted well with the role that I assigned to her,” confides he. “I am blind. My eyes remain in the dark but my imagination is colorful,” adds the director. Regarding the editing of “Bad Faith”, Abdelaziz Makroum said that he relies for the accomplishment of this mission on his personal assistant, Slimane Talhy.