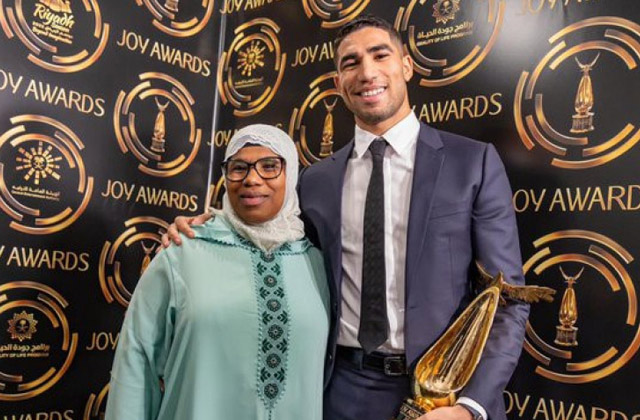 Moroccan international Achraf Hakimi was crowned, on Saturday in Riyadh, best Arab sportsman, during a ceremony organized to pay tribute to artists and sportsmen from all over the world as part of the “Joy Awards 2023” awards.

Hakimi, player of the French club Paris Saint-Germain (PSG) who reached fourth place with the Moroccan national team at the last FIFA World Cup, Qatar 2022, won the prize for the favorite Arab athlete at the end of the public vote, said the chairman of the Saudi General Entertainment Authority, Turki Al-Sheikh.

On this occasion, Mr. Al-Sheikh presented prizes to several artists and influencers in the fields of television, cinema, sports and music, as well as to the new faces of the artistic scene with a view to supporting the young talents.