Now available in a new, more powerful version, the Mac Mini desktop computer is one of Apple’s oldest products. The first versions date back to 2005, a year before the first MacBook. Years have passed, but it retains the same basic form and largely appeals to the same audience. Unlike the MacBook Pro and Air laptops, or the iMac desktop, the Mini is designed to fit into small spaces and to be used with the display and peripherals of its choice.

Sometimes called the podcasters’ favorite computer, that description still applies to this new iteration of the Mac Mini. And, with an optional M2 Pro processor, the new Mini can take on heavier multimedia missions, like the all-new MacBook Pro M2 Pro.

The relatively affordable price of the Mini range remains one of its main selling points. Especially if you have your own screen, keyboard and mouse, the Mac Mini allows you to benefit from all the advantages of MacOS, and its capabilities in terms of audio production, photo and video editing, at a lower cost. 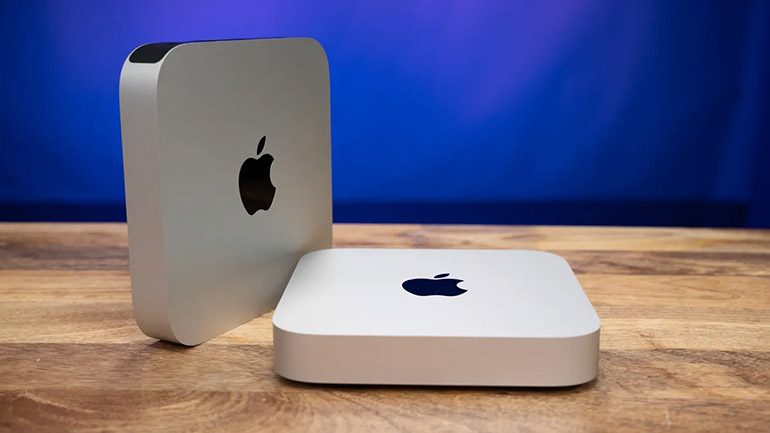 Apple’s processor naming system is clearer than other manufacturers’, but still confusing when you haven’t kept up to date. The M1 range has grown with the M1, M1 Pro, M1 Max and M1 Ultra. The M2 range begins with the basic M2 to which the M2 Pro and M2 Max versions have just been added. It’s the Pro/Max/Ultra suffix that actually tells you which chip is more powerful. An M1 Pro is always more powerful than a basic M2 and so on. But the number of CPU and GPU cores available in certain configurations can also affect the ranking and relative performance.

Another difference is that the M2 Pro model has four thunderbolt 4/USB-C ports on the rear panel, while the M2 version has only two. And while the M2 Pro can support up to three displays, or one with 8K/60Hz resolution, the M2 model can support two displays and tops out at 6K/60Hz. 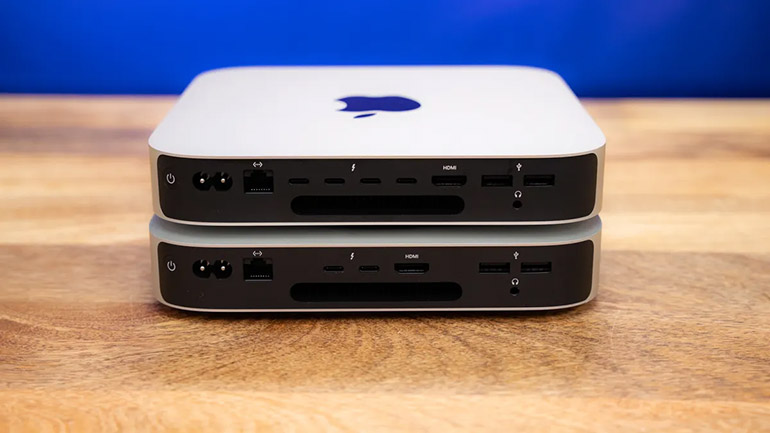 Where other Apple products had their moment of glory without lasting in time, such as the 27-inch iMac or the 12-inch MacBook, the Mac Mini has always remained. It’s not the first Mac you think of when it comes to gearing up, but it’s a perfect computer as a small production studio.

It can serve as a modest recording studio for music and voiceovers, or for audio or video podcasts. This is an area where dedicated computers may eventually become unnecessary, as popular new platforms like TikTok are designed to shoot and edit directly from a smartphone.

However, there is no comparison between even advanced editing from a phone and using dedicated software like Final Cut or Premiere Pro on a desktop or laptop computer to produce content. creative, even if it ends up as a small vertical video for social media.

For audio, the Mac Mini also seems like a great all-rounder. After recording some video voice-overs on the Mac Mini, using Audacity and an external mic, we had no problems even using several sound-shaping plugins (although for such a basic task, a machine Standard Windows could do the same). 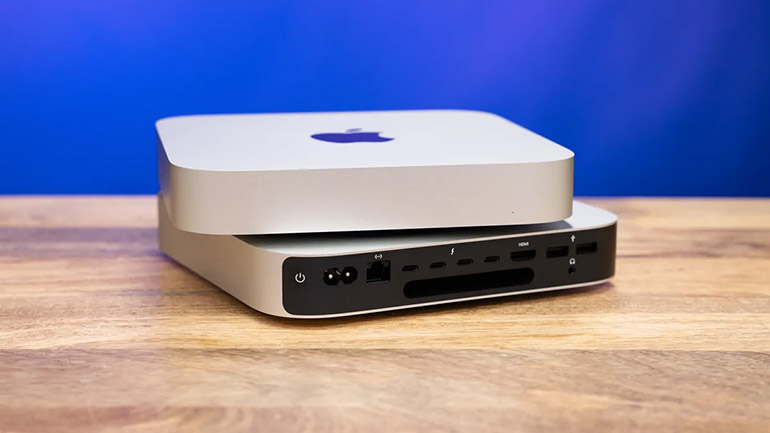 We asked one of our video editors to run a fairly heavy Premiere Pro project on the M2 and M2 Pro versions of the Mac Mini, a 4K/24 video with some graphics/titles and some color correction. On the base Mac Mini with the M2 chip, “it was doable, but during editing I had to play the video in the program window at the lowest quality setting to avoid stuttering, but even in this case, I had a few minor jumps”. The system would be fine for regular FHD video, but the base model’s 8GB of RAM is a performance barrier. The base Mac Mini with the 256GB SSD also has potentially slower read/write speeds than other configurations, like the MacBook Air M2, due to the way the storage is split across two NAND chips. We will run more reading speed tests in the coming days.

He then tried the same project on the M2 Pro version, which had 16 GB of RAM: “The result is almost flawless. I could preview the video in full resolution and only had a slight lag when I edited graphics. I could move around the timeline easily without any lag. Color correction was no problem. I could definitely use it as an editing machine.”

In our benchmark tests, the different levels of performance of the M1 and M2 chips are also marked, in part because the number of cores and the clock frequencies of the CPUs and GPUs have increased from generation to generation. The 2022 Mac Studio desktop with the M1 Max chip is the most powerful Mac we’ve tested – in situations where it has the most cores. The M2-equipped Mini and Air outperformed their M1-equipped predecessors, and likewise, the M2 Pro systems beat the M1 Pro systems.

Overall, the fact that you can get similar performance with a desktop or laptop by choosing the same chip/RAM combo makes comparisons easier. Note, however, that larger desktops and laptops have a thermal advantage through better cooling which can help with a small performance boost.

Who should buy it?

A MacBook Air is easy to use on the go – put it in your backpack or shoulder bag and it’ll easily follow you to the cafe or the airport. An iMac is a great computer for the family or for working from home, especially if you spend a lot of time in Zoom meetings or other video meetings. The Mac Mini has a very attractive starting price.

The basic M2 version of the Mac Mini, starting at 699 euros, seems aimed at buyers who want a macOS system at the lowest possible price; audio and video producers who are already equipped with screens, input devices and storage drives; or those who need a portable mini desktop that can be carried around easily. It’s also worth noting that the Mac Mini has an Ethernet port, an HDMI output, and USB-A ports, amenities that are hard to find on some other, even very expensive, Macs.

The main drawback of this base model is the relative weakness of RAM and storage. Unlike a Windows machine, macOS can actually get by in most cases with 8GB of RAM, but the 256GB of storage will quickly fill up. To upgrade to 512 GB, you have to pay 230 euros more, which is a significant increase, but which also offers potentially higher read/write speeds.

The M2 Pro version offers a massive boost in raw performance, along with better RAM and internal storage options, but if you’re considering this option, the MacBook Pro and even the Mac Studio should also be among the devices to consider. The basic Mac Mini M2 should therefore be the preferred choice for many users.