A compute performance benchmark of the M2 Pro running in the latest Mac mini revealed that it was significantly more powerful than the M1 Max. However, in a new leak, we can see things change for the GPU part, but not by much, as the M2 Pro is only 12% slower than the GPU part that runs in the M1 Max.

In the Geekbench 5 Metal testwhere some tests are performed to gauge the performance of a GPU, the M2 Pro gets a score of 52,792. The model ID is listed as Mac14,12, indicating that this is the same Mac mini whose CPU performance results leaked yesterday. These scores may also highlight that the Mac mini has enough cooling solution to effectively dissipate the heat generated by the M2 Pro. So we may not see the same results from the new 14- and 16-inch MacBook Pros when they are officially launched and evaluated. 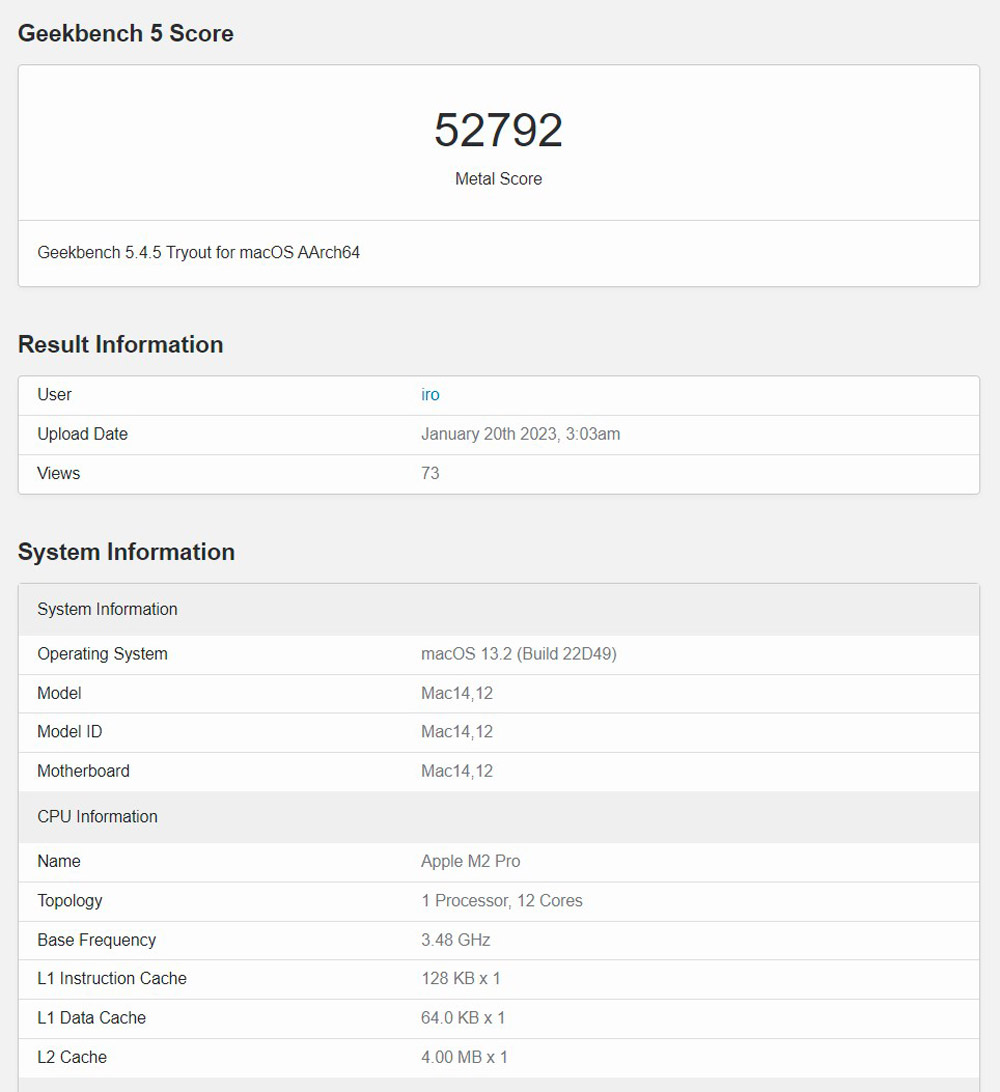 Regarding the M1 Max, Vadim Yuryev pointed out that the version tested yesterday with a 24-core GPU scored 59,345, which makes it 12% faster than the 19-core GPU of the M2 Pro:

With such a small difference, it is obvious that the M2 Pro offers the best price/performance ratioand that’s why we will recommend the new Mac mini in M2 Pro from 1549 €, if you opt for the version with 16 GPU cores, the price goes up to 1894 €.

However, there are instances where the Mac mini M2 Pro and the Mac Studio M1 Max are similarly priced, with the same amount of storage and unified RAM. In this case, we will always advise consumers to get the latest Mac mini, because the 12-core CPU offers a bigger difference in computing performance than the 24-core GPU of the M1 Max.

But keep in mind that Geekbench 5 isn’t representative of real-world testing, so it’s possible the M1 Max may have a bigger or smaller lead over the M2 Pro.