On paper, the new 14- and 16-inch MacBook Pros offer, according to Apple, six times the performance of the latest Intel-powered MacBook Pros and can support up to 96 GB of unified memory.

They will therefore not have the right to a conference. The new 14- and 16-inch MacBook Pros have just been announced this Tuesday, January 17, 2023. These are equipped with the new M2 Pro and M2 Max chipspresented the same day.

From the outside, nothing moves, the notch design remains resolutely the same. It’s under the hood of these computer that the essential takes place. The autonomy, let’s say it, legendary MacBook probably has nothing left to prove and Apple now promises 22 hours “the longest battery life ever seen on a Mac”, writes the firm.

“Stages so large that desktop PCs can’t even handle them”

On the most muscular configuration, with M2 Max, you can get up to 96 GB of unified memory. Apple promises that with it, “creators will be able to work on scenes so large that desktop PCs can’t even handle them.” We feel it throughout the press release, with these machines, Apple is clearly targeting users of MacBooks with Intel architecture by promising more performance, connectivity and autonomy. The Cupertino brand promises equal performance plugged in or on battery.

As always, many configurations are available. the MacBook Pro M2 Pro is available in 10 to 12 CPU cores, with six to eight high-performance cores and four high-efficiency cores. The promised performance gain is 20% over the M1 Pro. Unified memory bandwidth speed (up to 32GB in M2 Pro) is claimed to be twice as fast as M2 with up to 200GB/s. The 19 GPU cores are said to offer a gain of 30% and the neural engine 40%. 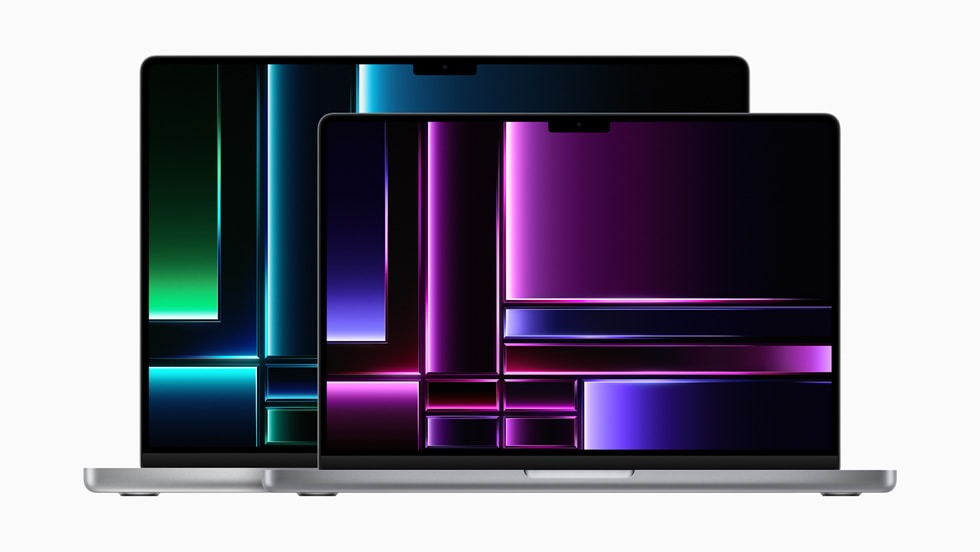 The MacBook Pro M2 Max for its part integrates an even more capable GPU, with up to 38 cores for a 30% gain in performance compared to the M1 Max. The unified memory (up to 96 GB) is twice as fast as that of the M2 Pro and goes up to 400 GB/s of bandwidth. Another advantage of the Max model, its CPU starts at 12 cores and its engine dedicated to video processing has twice the ProRes acceleration.

The screen supplied with these MacBooks must of course be level. It is a Liquid Retina XDR panel. Connectivity also receives a facelift with the arrival of WiFi 6E. For connectivity, the HDMI port is still in the game with 8K external screen support for the first time (in 60 Hz) or 4K (in 240 Hz). Teleworkers can count on a 1080 p webcam as well as six speakers and various microphones. Added to this are three Thunderbolt 4 ports, an SDXC slot and MagSafe 3 charging. 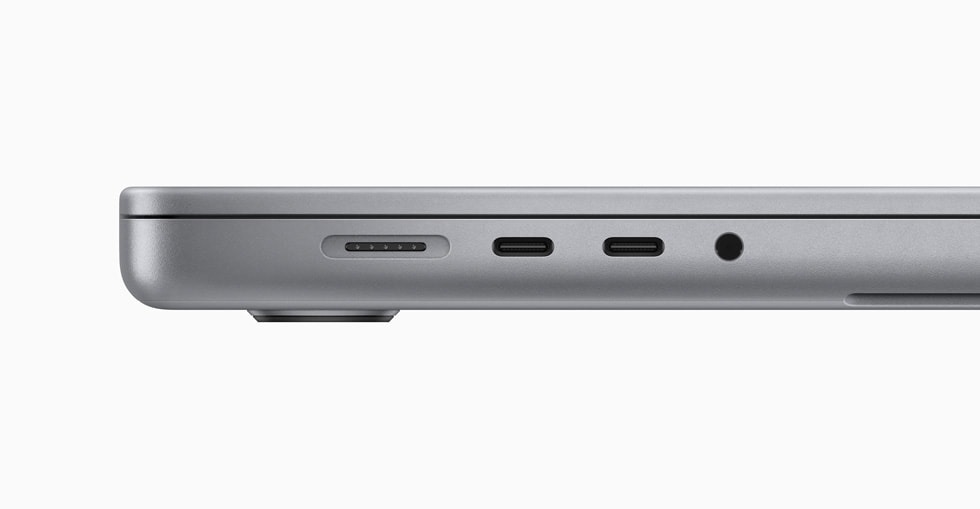 There are no offers at the moment

There are no offers at the moment