The Asus brand offers gaming smartphones including the latest ROG Phone 6 and its variations. It has just announced the marketing of a special version, the ROG Phone 6 Diablo Immortal Edition in the colors of the famous franchise from Blizzard Entertainment studios. Here are all the details.

Currently, Asus offers the ROG Phone 6, ROG Phone 6 Pro, ROG Phone 6D and ROG Phone 6D Ultimate gaming smartphones. What to have the choice in the different configurations of these variations for prices from 949 €. But this week, the brand surprises by proposing for this end of the year a special version of the ROG Phone 6. This is a collaboration with the video game development studios Blizzard Entertainment and which notably offers Diablo games. This resulted in the making of a special ROG Phone 6. Indeed, it benefits from a specific hull which takes up the graphics of the game and the drawings of flames on the back. These change color according to the angles of the light which comes to rest on them and we can always count on a luminous effect on the back which animates the Republic of Gamers and Diablo Immortal logos. Inside the device, specific themes are available with icons, wallpapers, sounds inspired by the world of the game are offered. 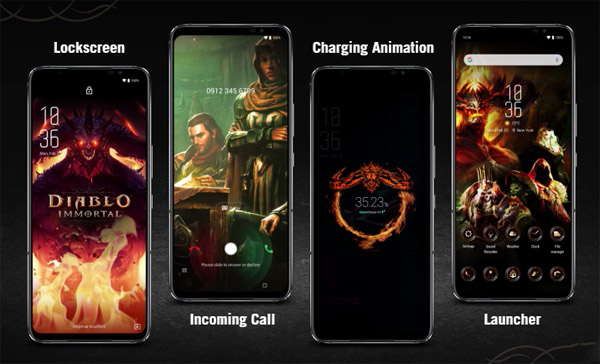 What about the box?

If the mobile benefits from a beautiful dress and an adapted graphic interface, the box that contains the device is also remarkable, because it contains many goodies, always related to the game, of course. The shape of the packaging is original since it takes up that of the Horadrim cube (box that transforms everything it contains into another object). Inside, the smartphone is contained in a case that uses the shapes of the World-Stone. A special shell is also provided. It is screen printed inside and outside. Other objects are also available: a parchment map, a USB-C cable and an adapter to charge the smartphone. A real flashlight is also part of the package and a extractor for the SIM card drawer which takes up the Diablo symbol. 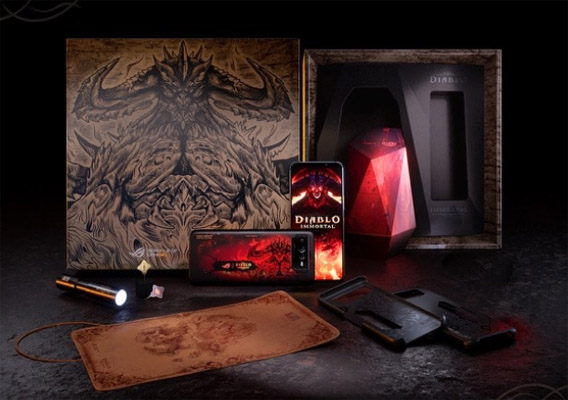 Technically, the ROG Phone 6 Diablo Immortal Edition is an ROG Phone 6. This means that it is equipped with a Qualcomm Snapdragon 8+ Gen 1 chipset with 16 GB of RAM, a battery with a capacity of 6000 mAh, a 50+13+5 megapixel camera configuration on the back with a sensor of 12 megapixels on the front. 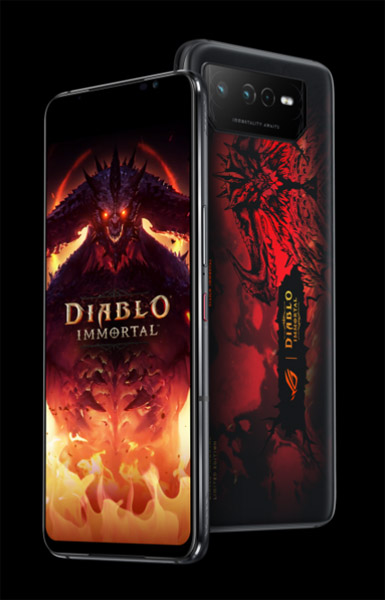 It benefits from a 165 Hz AMOLED screen on 6.78 inches compatible HDR10 +. It is compatible with 5G and Wi-Fi 6E for a weight of 239 grams. The Asus ROG Phone 6 Diablo Immortal Edition smartphone comes at a price of 1329 € in limited edition.