Despite a difficult start, DICE continues to actively support Battlefield 2042 and today unveils the content of the third season of its latest multiplayer FPS. 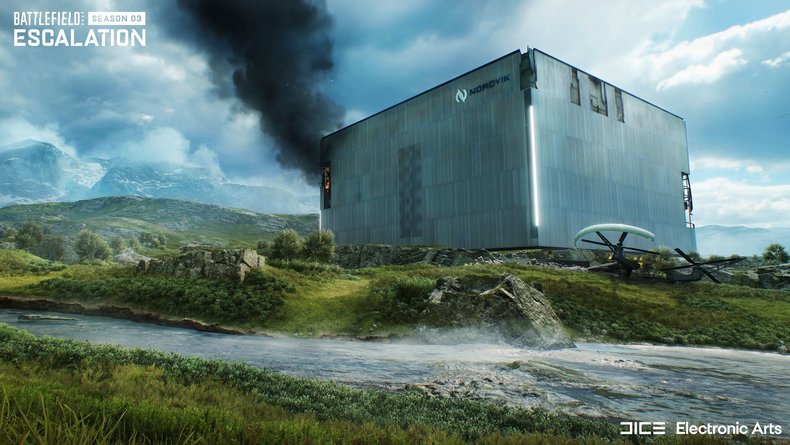 Like previous seasons, “Escalation” introduces an all-new map. “Spearhead” embarks the soldiers in the middle of the Swedish nature, near two Norvvik factories. These contain high-tech weapons and components for weather machines.

Of course, who says new season, says new specialist. Thus, the Egyptian Rasheed Zain signs his debut in Battlefield 2042, giving players the opportunity to flush out hidden players with his XM370A.

Bringing them out of their hiding places of course gives a significant advantage, especially since killing his enemies allows the specialist to directly recover health. 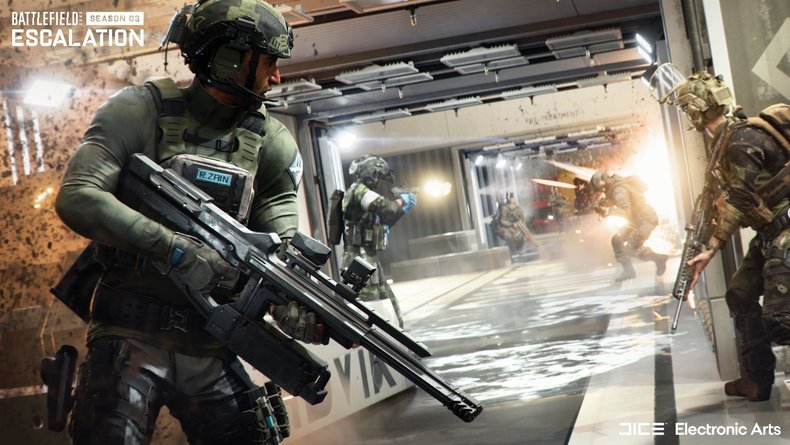 Of course, this new season offers new possibilities in the field thanks to the arrival of new weapons, a vehicle and equipment:

On top of that, new missions will be available to unlock Portal weapons in All Out Warfare, including the XM8 LMG and A-91. Other weapons will be added during the season. By completing missions, players will be able to obtain weapons, gadgets, specialists and vehicles from previous seasons. 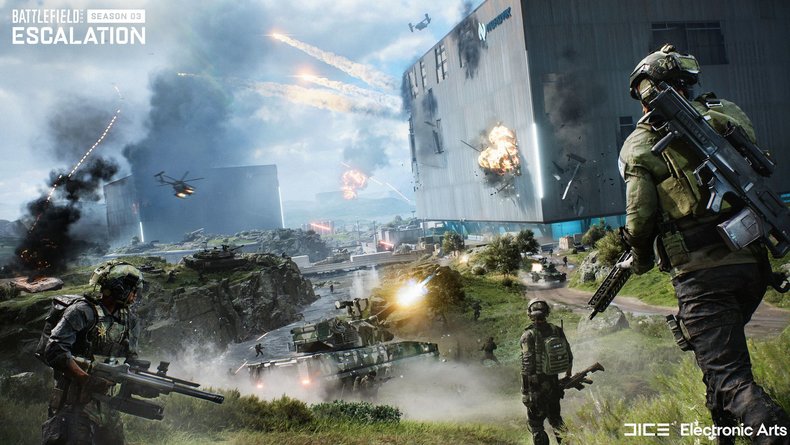 A new battle pass is obviously included, allowing you to take advantage of free and premium content. It notably gives access to the new specialist, to the weapons, to the vehicle and to the accessory mentioned above, but also to skins.

As in previous seasons, old maps will be entitled to overhauls. Thus, the new version of Manifest will arrive in December while it will be necessary to wait until January to take advantage of the revisit of Breakaway.

Many changes for specialists 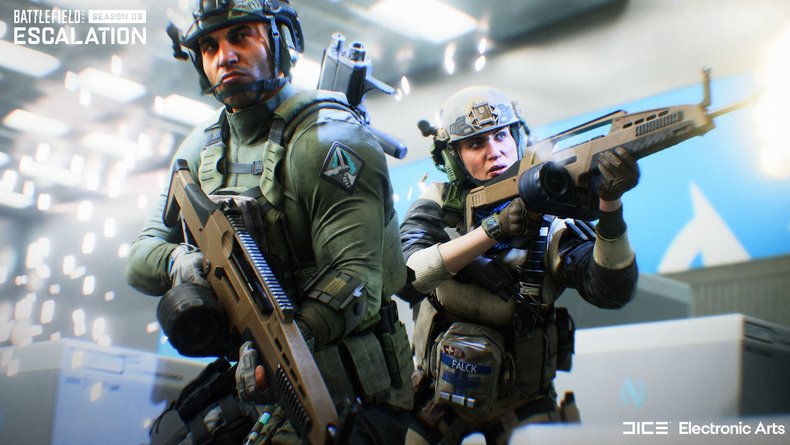 Although we’ve known for a while now, DICE reminds us that the specialists will undergo big changes later in the season. Indeed, the game will offer the class system specific to the old Battlefield games:

Specific changes will be made for specialists in particular:

Work on classes will continue in Season 4 with further balance changes and the arrival of new content.

Season 3 of Battlefield 2042 will be available on November 22. Its release will also sign the arrival of the title in the Xbox Game Pass Ultimate, the PC Game Pass and EA Play.