According to the consulting and research firm Niko Partners, the market Chinese from video game will experience a drop of 2.5% in 2022 compared to 2021. This decline is the first recorded in twenty years and can be explained in particular by the various measures taken by the Chinese authorities to limit the playing time of young players.

In a study Tracing the balance sheet of the video game market in China over the past twenty years, Niko Partners estimates that revenues for 2022 will be $45.4 billion, less than last year. This decrease is expressed statistically speaking, by the decline of the segment of mobile video games which corresponds to two-thirds of the Chinese video game market and which will generate around 30 billion dollars in China: a drop of 5.1% compared to 2021. 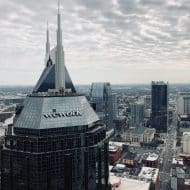 PC and console video games are doing better in the Middle Kingdom since growth of 2.1% is expected for this year. This sector thus generates just over $15 billion. By early next year, China will have just over 700 million gamers across all platforms. For the second time in a row, the number of players is falling and it seems that 39 million young players have stopped playing while the global video game market is expected to exceed $200 billion for the first time.

But then why is this market tending to decline when it was one of the most lucrative in the world? This is due to the various measures and regulations put in place by the Chinese government around this market. after first steps taken in 2019 limiting the game to 90 minutes per day, it was in July 2021 that the National Press and Publication Administration (NPPA) decided to limit the practice of video games for players under the age of 18. Thus, they can only play three hours a week, in one hour increments, on Fridays, Saturdays and Sundays between 8 p.m. and 9 p.m.

This measure was taken, according to Beijing, in order to fight against the addiction of young people to video games. Companies like Tencent have even been called upon to exploit their facial recognition technologies to identify young players who do not respect these very strict rules. Furthermore, the government decided not to issue any release authorization to Chinese video games for a period of more than eight months, between July 2021 and April 2022jeopardizing the income of many Chinese publishers.

In the long term, Niko Partners says that revenues and the number of players should start to rise again. ” We expect the Chinese video game market to have over 750 million gamers and generate over $53 billion in revenue in 2026 “says the research firm.