The 2022 Club World Cup, held in Rabat and Tangier from February 1 to 11, is already a commercial success. Beyond the revenue from TV rights, part of which was recently acquired by the Canal+ group, the vast majority of tickets were sold in record time. But this commercial success has not only made people happy.

Online ticketing was launched by FIFA on the evening of Friday 20 January. The next morning, several disappointed Internet users expressed their dissatisfaction on social networks because of the unavailability of places for the matches of the Wydad of Casablanca and real Madridas well as those of the big and small finals.

This Tuesday, January 24, all tickets are unavailable, except those for the opening match, scheduled for Wednesday, February 1 at the Grand Stade de Tanger, between the New Zealanders of Auckland FC and the Egyptians of Al Ahly, and those of the meeting between the Seattle Sounders and the winner of this confrontation. 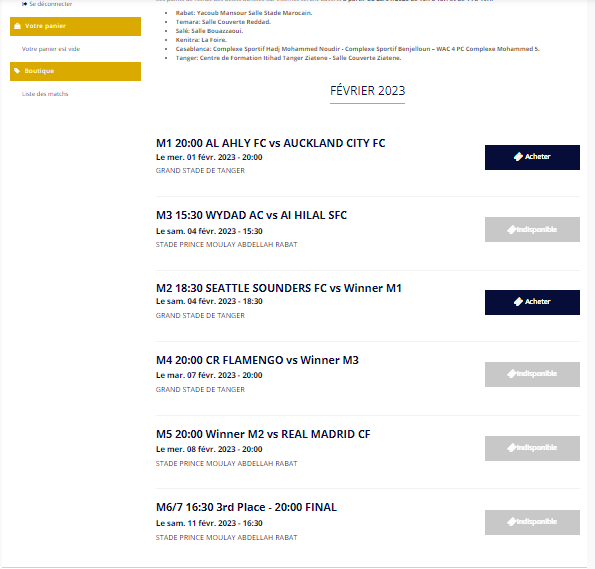 A disappointment reinforced by the indignation of several supporters at the prices charged during the resale of tickets which are no longer available on the FIFA platform.

Several sites offer tickets for all the Mondialito matches, at prices varying between 800 and 1,200 dirhamsthat is up to ten times more expensive than the price list established by FIFA at the launch of the sale, enamelled with many hiccups. 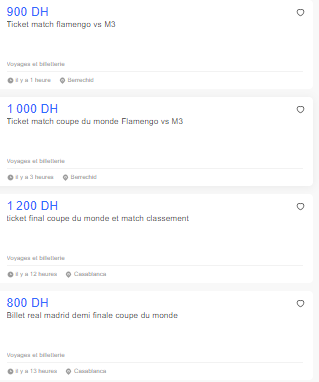 Starting with a endless waiting (see screenshot), then bugs when paying online. Two issues that could be related to scalping tickets. This technique allows cybercriminals to earn a lot of money by using bots ticketssmall programs that behave like humans, but whose actions (clicks, keystrokes, etc.) are automated.

Those bots exploit data in a quarter of a second, which allows them to have a considerable advantage over a person using a mouse and keyboard. Hundreds of times faster than a human, a bot will be able to consult, analyze and interact with dozens of pages simultaneously.

the Captcha is one of the solutions available to ticketing platforms to combat these bots. In concrete terms, this security measure of the “authentication by question-answer” type makes it possible to differentiate in an automated way a human user from‘a computer.

However, FIFA’s online sales platform did not have any Captcha during the launch of the ticket office. Even though each user could not purchase more than four tickets, this flaw may have served the purposes of the bots ticket buyers and cybercriminals, much to the chagrin of Moroccan fans.