The two Dutchmen, Frenkie de Jong and Memphis Depay, were shouted at by the Netherlands coach, Louis van Gaal, about their playing time at FC Barcelona this season. 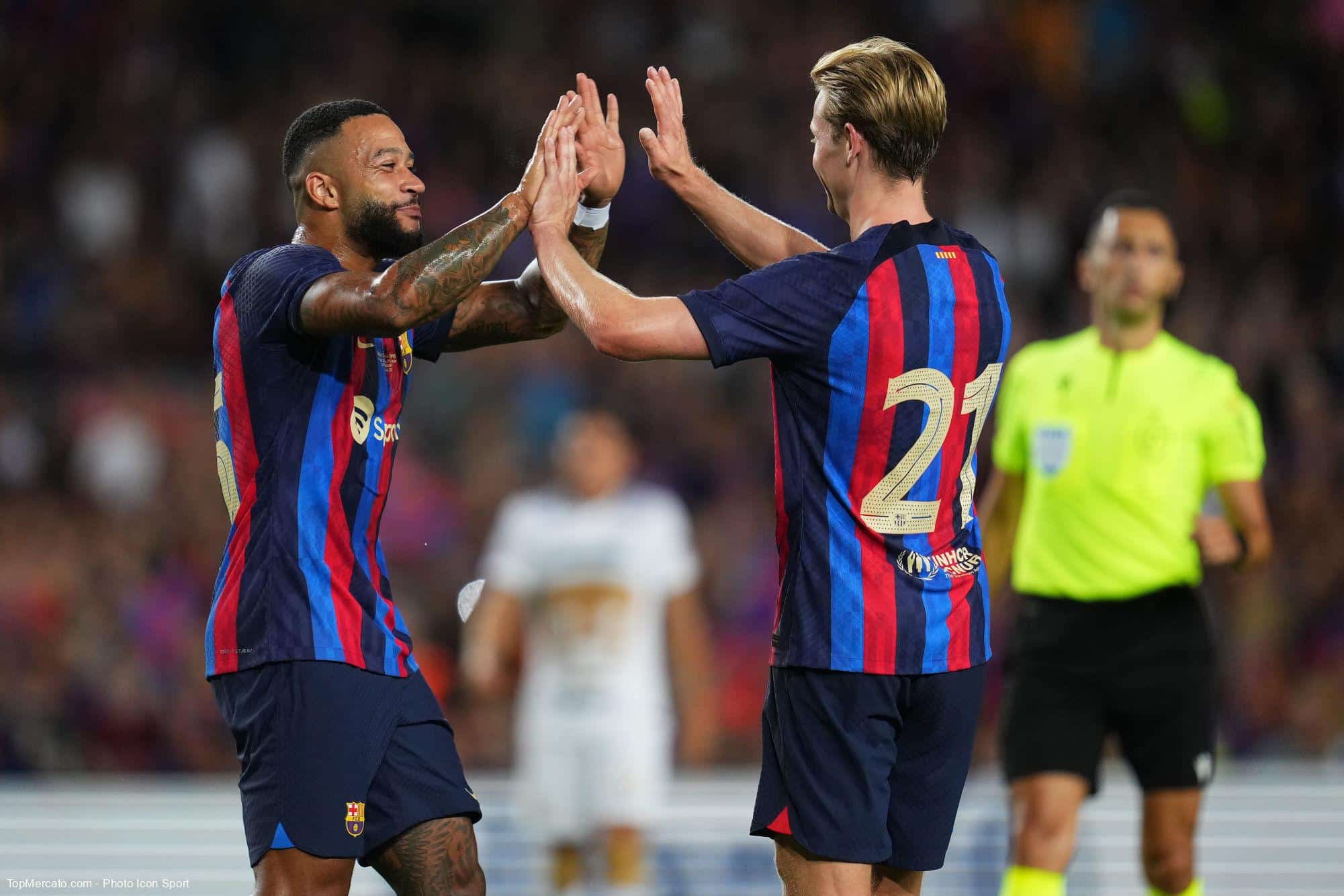 It’s been an eventful summer at Barca, both for the club and for the players, and especially in the case of Frenkie de Jong and Memphis Depay. The first, courted by Chelsea and especially Manchester United, did not want to leave the Catalan club. Clinging to his contract and his fabulous salary (30 million euros annually), Frenkie de Jong didn’t want to hear about a move to a Premier League club. And the former midfielder of Ajax Amsterdam won his case, in front of his club, who wanted to sell him to finance his transfer window and relieve his finances.

For Memphis Depay, the situation is slightly different, since the former Lyonnais wanted to leave FC Barcelona. Memphis Depay had agreed to an amicable termination with Barça, to then engage in the club of his choice. Courted for long weeks by Juventus, the Dutch international (80 caps, 42 goals) was finally too greedy for the Italian club, which finally welcomed the Pole from OM Arkadiusz Milik on loan.

Depay and de Jong not selected for World Cup?

Always pushed out by FC Barcelona, Memphis Depay and Frenkie de Jong are playing little at the start of the season. The 28-year-old striker has played in 3 games this season (for 1 goal), while the 25-year-old midfielder has played 8, but only 4 as a starter. A situation that is not ideal, according to Louis van Gaal: “It is true that many players called me during the transfer window. But I always ended every conversation with, ‘here’s my advice, but you make your own decision’. I am happy with the result. But I would be happier if Frenkie de Jong and Memphis Depay played more than they currently do.

What to call into question their participation in the World Cup in Qatar, where the Netherlands will face the host country (Qatar), Senegal and Ecuador in the group stage?