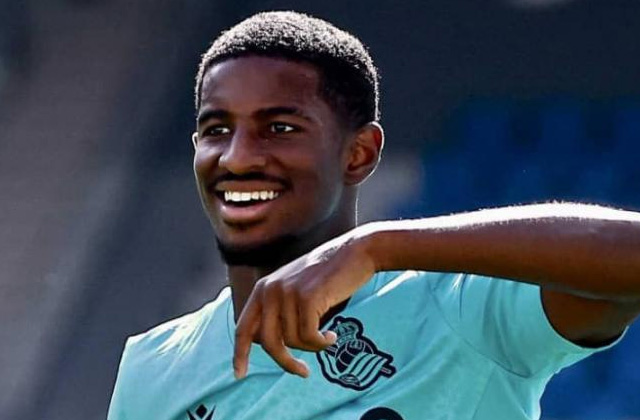 The Blaugrana are always on the lookout for talent even though they already have an extraordinary squad. They would be very attentive to the progress of Mohamed-Ali Cho who stands out in La Liga with Real Sociedad.

Cho, who is not on Walid Regragui’s first list, would be one of the new players to appear on Barcelona’s agenda is one of the sensations of the return to La Liga. The very young French striker, only 18 years old, arrived this summer in the team of Txuri Urdin from Angers, for a transfer of 11 million euros on the way to becoming an excellent deal for the club of San Sebastián.

Mohamed-Ali Cho was gradually introduced by Imanol Alguacil. He came on as a substitute in the first two league games and also in the first Europa League game at Old Trafford against Manchester United. Since then, the Franco-Moroccan has been gaining playing time and tenure, especially after the injury of Umar Sadiq.

Although Barca aren’t in a rush, they still want to keep an eye on the San Sebastian player in case reinforcements are needed in attack in the near future.