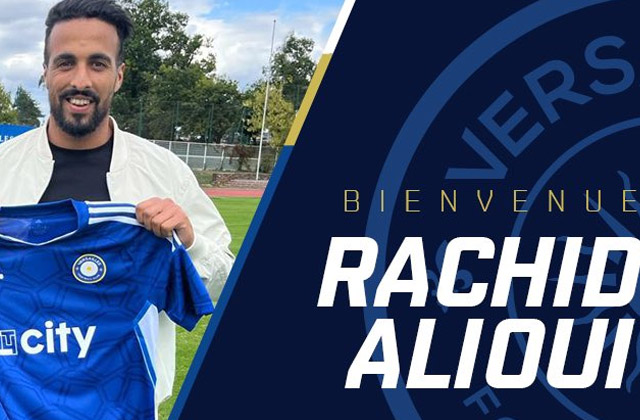 FC Versailles 78 formalized the arrival of the Moroccan international, Rachid Alioui, free of any contract since this summer and his departure from SCO Angers.

Indeed, the Yvelines club has announced the signing of Rachid Alioui for an indefinite period. The 30-year-old striker had been free since the end of his contract with SCO Angers this summer.

Long ill two seasons ago, the former Atlas Lion tried to bounce back last season with Belgian club Kortrijk. He joined FC Versailles, promoted to National 1 and a serious candidate for promotion to Ligue 2.