The AMMC targeted the proposed takeover bid targeting Crédit du Maroc shares by Holmarcom Finance Company and AtlantaSanad at a price of 502 DH per share. The shareholders of Crédit Du Maroc will have the option of tendering, in whole or in part, their shares to the offer.

This Tuesday, January 17, the AMMC gives the green light to the operation. It is specified that the opinion of the Ministry of Economy and Finance was also sought with regard to national strategic interests. The Ministry has notified its non-objection to the proposed takeover bid.

The initiators (Holmarcom group) offer other shareholders of Crédit du Maroc the possibility of acquiring their shares at a price of 502 DH per share. This price corresponds to the weighted average of the results of the various valuation methods. These have valued the action in a range between 463 DH and 662 DH.

Shareholders will be able to tender, in whole or in part, their shares to the offer.

“Wafa Assurance and Crédit Agricole have also undertaken not to contribute the securities they hold in Crédit Du Maroc to the said takeover bid”, specifies the decision admissibility of the takeover bid.

On the eve of the filing of the draft public offer, the distribution of capital and voting rights of Crédit du Maroc is as follows: 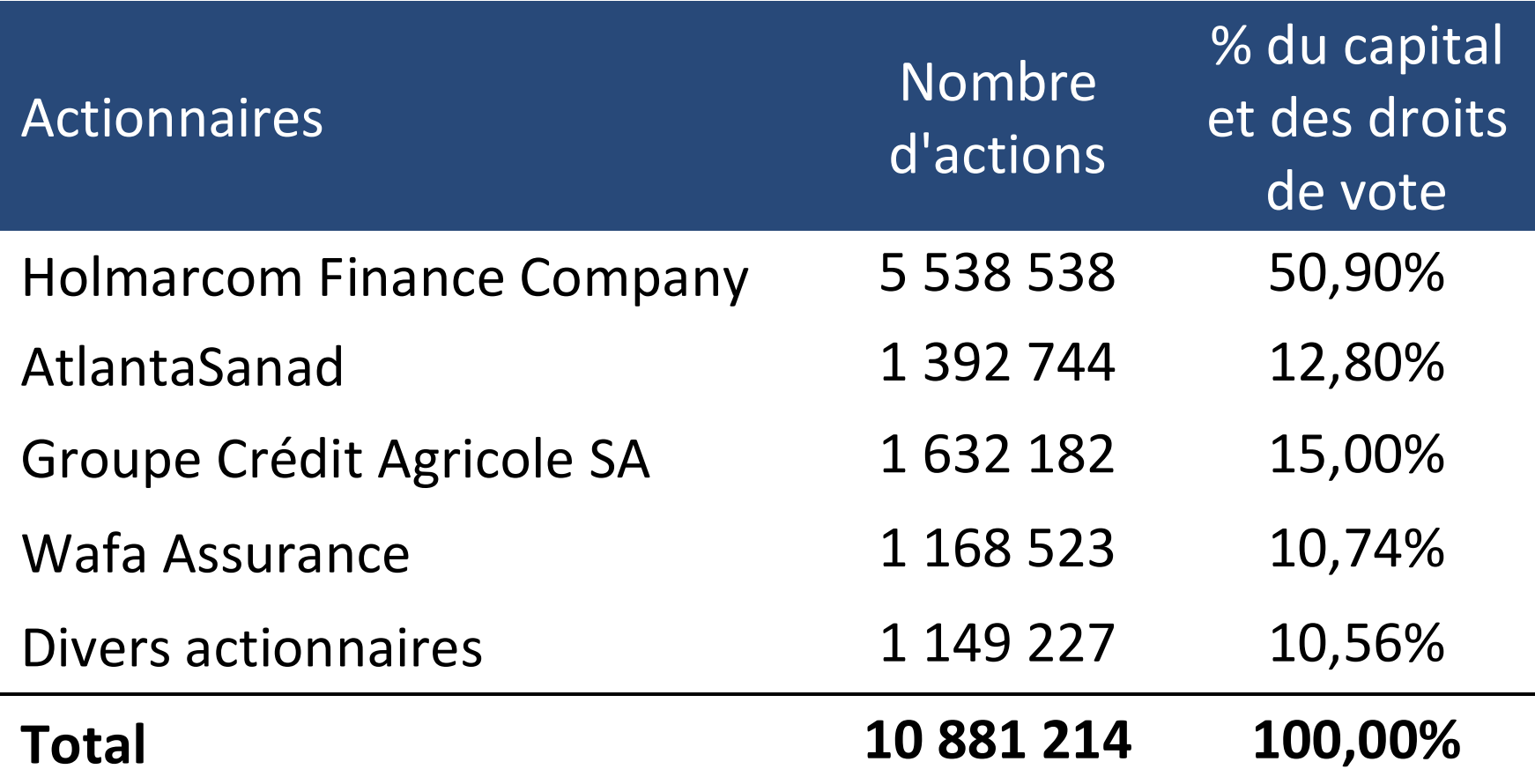 It is also specified that “given the mandatory nature of the Offer, no waiver threshold is envisaged by the initiators in the context of the Offer. The initiators undertake to firmly and irrevocably acquire all of the shares tendered to the Offer”.

The final timetable for the operation will be determined at a later date. It must be previously validated by the Casablanca Stock Exchange.

The AMMC will ask the Casablanca Stock Exchange to resume listing the value of Crédit du Maroc on 01/19/2023.