The Leica brand, known for the quality of its lenses and lenses for cameras and smartphones, has just announced the marketing of its second mobile phone, the Leitz 2. Here are all the details.

The Leica company has been offering very high quality optics and lenses for cameras for several decades, but has also partnered with brands such as Sharp, Huawei and more recently Xiaomi to optimize the rendering of photos taken with mobile phones. But, alongside these partnerships, the company had offered a little over a year ago now the Leitz Phone 1 unfortunately not marketed in France. The new Leica Leitz Phone 2 smartphone uses the same principle for the design on the back with a wide circle that occupies almost the entire width of the device and which can be protected by a cap as can be done for the lenses of conventional cameras. 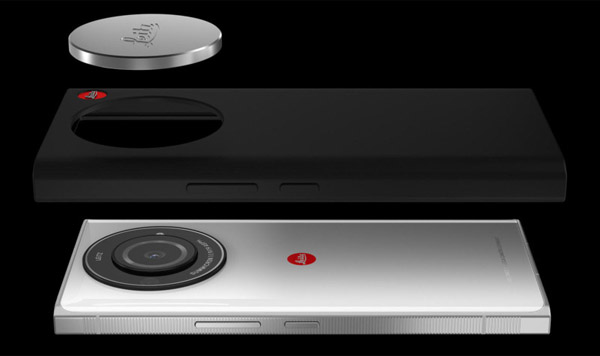 The new model also offers much more angular profiles than the previous ones which were very rounded. In fact, the Leica Leitz Phone 2 is inspired by another smartphone, the Sharp Aquos R7 like the Leitz Phone 1 used the same chassis and components of the Aquos R6. The new Leica rover is on offer only in white. He does 211 grams with dimensions of 161×77 mm for a 9.3mm thick. It is IP68 waterproof certified. 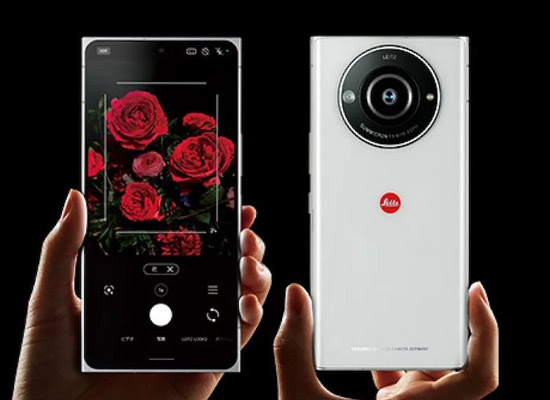 The Leica Leitz Phone 2 smartphone is equipped with a 6.6-inch AMOLED display displaying a definition of 1260×2730 pixels with a impressive 240Hz refresh rate while the current high-end models offer 120 Hz at most. This was already the case on the Leitz Phone 1. It supports Dolby Vision format. The screen incorporates an ultrasonic fingerprint reader like the Vivo X80 Pro, for example. The new version is powered by a processor Qualcomm Snapdragon 8 Gen 1 with 12 GB of RAM and 512 GB of internal storage space. There is a 5000 mAh capacity battery on the inside. For the photo part, important for the brand, it is equipped with a 1-inch sensor with 47 megapixels. The lens has 7 elements and it opens at f/1.9 with a focal length of 19mm. It is accompanied by a secondary 1.9 megapixel sensor for portrait optimization. The sensor for selfies is a 12.6 megapixel model.
the smart phone is hosted by Android 12 with a software overlay developed by Leica. Specific widgets are available representing images taken by the brand’s photographers. We can also count on the presence of a Leitz Look function which simulates Leica M lenses. The sound produced by the shutter can be personalized.
The new Leica Leitz Phone 2 smartphone will be available only in Japan for a price of 1570 € approximately duty-free from 18 November.