On the occasion of G-Star 2022, WeMade unveils Night Crows, an MMORPG signed by a handful of veterans of the genre and based on mass confrontations (up to 1000 players in a conflict). The game is expected next April in South Korea.

In early 2021, the group WeMade acquired the Mad Engine development studio, headed by Myeonseok Son (one of the main architects of the Project V4). Today as part of G-Star 2022we discover the fruit of this collaboration, while WeMade and Mad Engine unveil Night Crows. 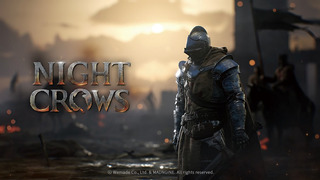 Still few details are communicated on Night Crows, but the duo nevertheless presents the title as a MMORPGs immersing players in a universe inspired by 13th century Europe and whose gameplay gives pride of place to clashes pvp far-reaching – in the game, the Night Crows of the title are a guild of mercenaries intervening on the battlefields throughout the world. According to the developer, up to a thousand players will be able to participate in vast battles taking place both on the ground and in the air – via airships and gliders, but also in a very vertical environment to exploit strategically.

Technically, the game is made with the Unreal Engine 5 and claims a form of aesthetic realism. In terms of gameplay, Night Crows is based on dynamic combat (action gameplay) and physical battlefield management.

The game has obviously already been the subject of internal tests, deemed conclusive by the developer who announces a release in South Korea during the month of April 2023. The studio does not specify whether the game should be subject to a global launch, no more than the platform or platforms on which Night Crows will be distributed – in view of WeMade’s habits, we imagine a cross-platform launch on PC and mobile platforms. Also note that Night Crows is clearly integrated into the WeMix platform of the WeMade group (the logo appears in the trailer and as part of the G-Star, the game is presented on the WeMix presentation stand) thus auguring a Play-to-Earn economic model. At this stage, the developer does not provide any details on this subject.