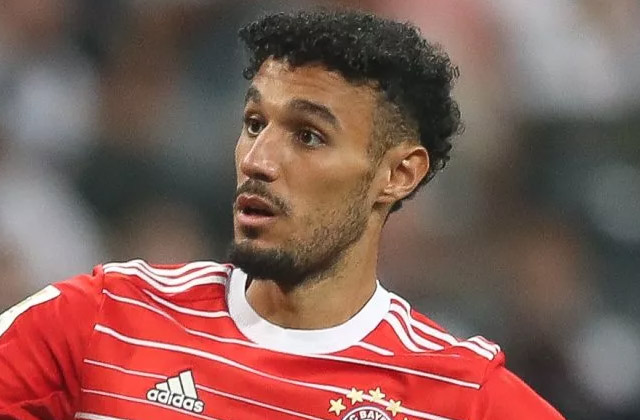 The Atlas Lion, Noussair Mazraoui, needed time to adapt to the game and pace of Bayern Munich. The Moroccan right-back is nevertheless satisfied with his debut with the Bavarian ogre as he explains in an interview with AZ.

The right-back position was recently a construction site for Bayern’s defence. Benjamin Pavard has been the first choice since signing from VfB Stuttgart in the summer of 2019 but there has been a lack of alternatives over the past two seasons. That’s why central defender Niklas Süle had to help a few times. As a result, Munich signed Noussair Mazraoui from Ajax Amsterdam this summer to increase competition and put Pavard under pressure.

Last Tuesday in the Champions League, the French international had to give up his place against FC Barcelona after his injury after 20 minutes of playing time. A boon for the Atlas Lion who made a very good copy hailed by the critical.

“I think it was a good game for me. I came to replace Pavard and I didn’t have time to warm up before“, Mazraoui said of his performance against Barcelona.

“We had to respond immediately, which is difficult. But I had a very good start to the game, the tackle on Robert Lewandowski’s shot helped me get into the game“, continued Mazraoui, visibly very satisfied with his first weeks with the German champions. “It was important. From that moment, I felt good. The whole group behaved very well, we fought as a team to beat Barça. It was good teamwork.”

“Overall, we put in a great performance against strong opponents. I think it was a very good start for me at Bayern. I want to continue like this.”

Mazraoui and the Atlas Lions

After the Augsburg game, Noussair Mazraoui will join the Atlas Lions lair to play his first international game since November 2020.”It’s a great feeling“, replied the Moroccan right-back.

“I was called up for the last international matches, but I couldn’t play there because of an injury. Now I’m in great shape and of course I hope to play. It’s a great feeling to defend the colors of my country, to please the supporters, my compatriots. It’s fantastic, it fills me with pride to play for my country.”