A few weeks ago, Microsoft unveiled its plans for the redesign of the Xbox interface. Presented as scalable based on player feedback, it hasn’t really convinced the community, pushing the firm to express itself on the subject. 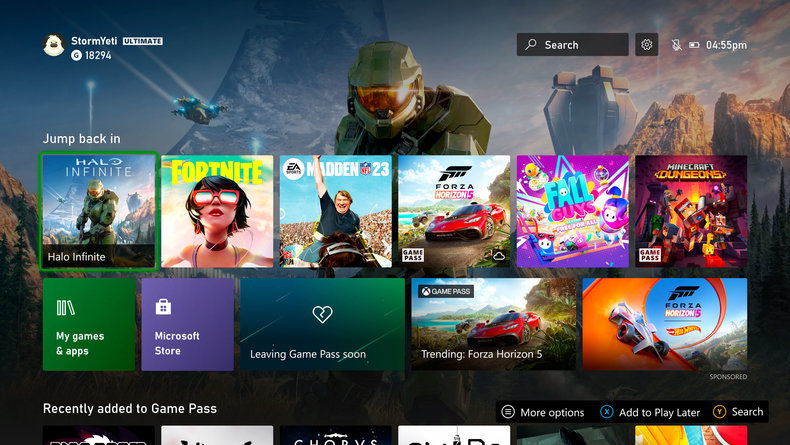 It was during Major Nelson’s podcast that Ivy Krislov, Senior Product Manager at Xbox, explained that teams have been listening to player feedback and looking into the new dashboard for over a year.

Currently available in test for some members of the Xbox Insiders program, the first feedback on it continues to be studied with attention. The point that comes up most regularly is that the tiles hide the home page wallpaper too much. Ivy Krislov then explains that the teams are discussing this subject and that the first changes should arrive as early as October:

The feedback we’ve received so far on the test indicates that the top row obscures dynamic backgrounds a bit more than some would like, and I can understand that… so we’ve scheduled a meeting tomorrow to review all these comments and start discussing how we could fix this, what changes we want to make for the next test we plan to do in October.

An exit for all still far away

She also explains that the final version of the new interface is not planned for now anyway, not even for the end of the year, and that the teams plan to collect feedback for a long time yet; that everything is “flexible” and changeable quickly in order to test new things internally based on player feedback.

She also mentions that the Xbox Guide could evolve, but that it’s still too early to talk about it.

Finally, Ivy Krislov details some of the new ideas expected during these tests, such as a multimedia experience as well as adjustments to the function for pinning content on the home page.

For customers who use their console to watch TV, we’re adding a multimedia experience. The other aspect we want to tackle for this test – most likely for our third test – is to take the game blocks pinned to the homepage and evolve them to look more like this new release. We also hope to add more information to these blocks.

Let’s hope that Microsoft manages to offer a fast, functional and above all pretty interface in the coming months. As we have seen with the community-made modelsthe possibilities are vast and it is high time that the aging interface inherited from the Xbox One bowed out.