Currently, the Oppo brand offers the Reno8 series of smartphones, but they will soon be replaced by those of the Reno 9 series whose official presentation is expected for next November 24 in China and a little later in other countries. We are waiting for the Reno 9, Reno 9 Pro and Reno 9 Pro+ versions.

A few weeks ago, leaks from serious sources told us some technical characteristics of the future Oppo Reno 9 smartphone. Now we have the confirmation that Oppo’s Reno 9 series will be made official on November 24 for a launch in China in stride. For this series to reach us, we will certainly have to wait a bit. It would be surprising if Oppo announced anything by MWC Barcelona which is due to be held at the end of February. At this time, it would rather be a question of the top-of-the-range model, the Find X6 Pro and its variation, the Find X6 to benefit from the media coverage of the show.

In the meantime, we know that the company has sent out invitations for an event that will be taking place on November 24. It will be the scene of the presentation of the Oppo Reno 9 series. This should be composed of three models, the Reno 9, the Reno 9 Pro and the Reno 9 Pro+. The first would be offered with a gold/pink finish. The second would be available in shimmering gold while the most successful version would benefit from a green finish. The latter would have a 4700mAh battery with an 80 watt recharge capacity that would power the processor Qualcomm Snapdragon 8+ Gen 1. He would carry a 50-megapixel Sony IMX890 main photo sensor optically stabilized with another 8 megapixel sensor and one latest 2 megapixel. 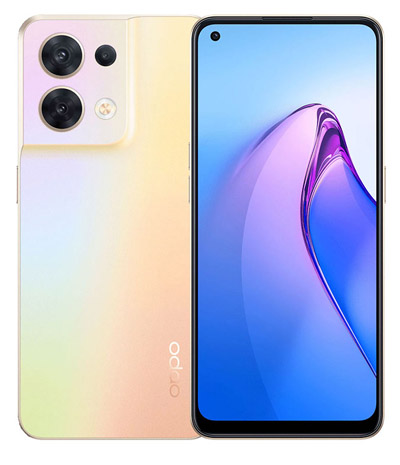 For the Reno 9 Pro, it would be powered by a MediaTek Dimensity 8100-Max chipset with a 4500mAh battery capable of supporting the load at 67 watts. It would rely on a 50+8 megapixel photo configuration in back. The Oppo Reno 9 would have a 64 megapixel main module with another 2-megapixel sensor. It would be powered by a battery with a capacity of 4500mAh supporting the load at 67 watts, all powered by a Qualcomm Snapdragon 778G processor. All these characteristics need to be confirmed and there is not much time left to wait to find out if they are proven or not.