Last year, in April 2022, the realme brand announced the release of a new entry-level smartphone, the realme C35. It may be replaced this year by the realme C55.

To attract an ever wider audience, the realme brand’s main commercial strategy is to flood the markets with a very large number of references offered in different configurations. It covers all segments from entry level to Premium models. It is the first that interests us here. Indeed, last April, realme presented in France, the realme C35. It seems that the manufacturer is about to announce its successor which would be the model realme C55.

The smart phone realme C55 has model number RMX3710. It has just passed the certifications of several organizations, a mandatory step for electronic devices intended for sale. Its passage reveals some small details on its technical sheet. In particular, we can learn that the device can support the load at 33 watts. This is enough to mean that the phone would be the realme C series model that would charge the fastest. The exact capacity of the battery is not known. 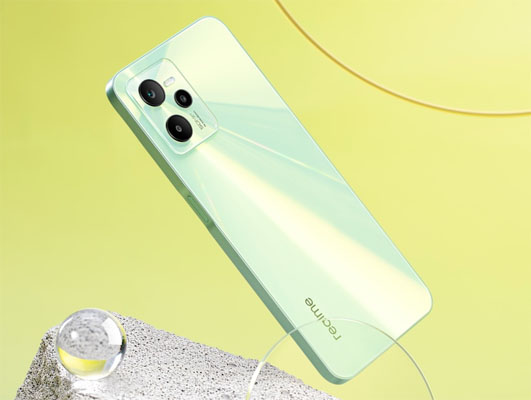 Which technical sheet for the realme C55?

For now, that’s all we know about the realme C55. However, since he should succeed the realme C35, its configuration should be based on it. Remember that it uses a 6.6-inch LCD screen with a definition of 1080×2400 pixels with a frequency of 60 Hz. It is 4G compatible with its Unisoc T616 processor with 4 GB of RAM (or 6 GB) and 64 or 128 GB of internal storage space. The device has a 5000 mAh battery and has a fingerprint reader on the profile. It was announced at a price starting from 180 €. We will see in the coming weeks if other rumors reach us to see if the technical sheet evolves and if so, on which components.