The realme brand is expected to announce a new smartphone coming to the markets soon and we expect it to be the realme GT Neo 5 model. It came under the performance metrics of the Geekbench app delivering some details on its technical sheet.

One of the next flagship models of the realme brand should be the realme GT Neo 5 which will succeed the realme gt neo 3 currently available. Remember that the number 4 is bad in China, the manufacturer’s country of origin thus deciding, in order to ward off fate, to go directly from 3 to 5. Recently, we heard that the realme GT Neo 5 will be one of the first smartphones in the world that can support 240 watts of charging power. The device bears the model number RMX3708 and was just spotted in the results lists of the raw performance testing app, Geekbench. The mobile managed to land scores of 1279 and 3902 for, respectively, single-core and multi-core metrics. The technical characteristics of the onboard chipset would match Qualcomm’s Snapdragon 8+ Gen 1. It can also be seen that the tested smartphone contains 16 GB of RAM, which is huge because the most high-end models offer up to 12 GB, even 16 GB for a few exceptions. The device runs on Android 13. 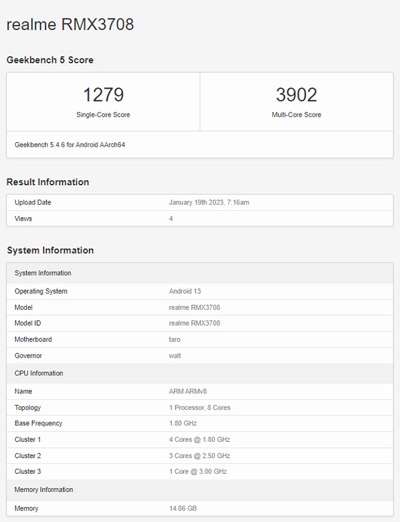 What other features for the realme GT Neo 5?

We mentioned the high charging power that the device could handle, up to 240 watts, which will allow it to offer a very fast charging speed. The battery which would be 4600 mAh could thus be fully filled in less than 15 minutes. Another version could also be proposed, with a 5000 mAh battery supports charging at 150 watts. 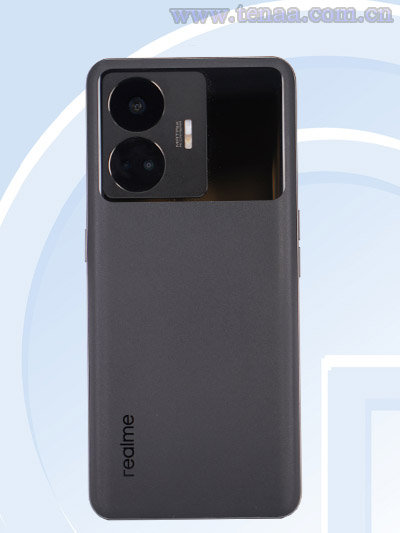 Otherwise, some rumors are considering that the realme GT Neo 5 will have a 6.7-inch AMOLED display with 144Hz refresh rate. Finally, for the photos, it is rumored that the device could have three sensors on the back with a 50 megapixel main module, an 8-megapixel ultra-wide-angle lens and a dedicated 2-megapixel macro camera. The selfies would be entrusted to a 16 megapixel front sensor.
If the realme GT Neo 5 has gone well under Geekbench, it means that its launch should not take too long.