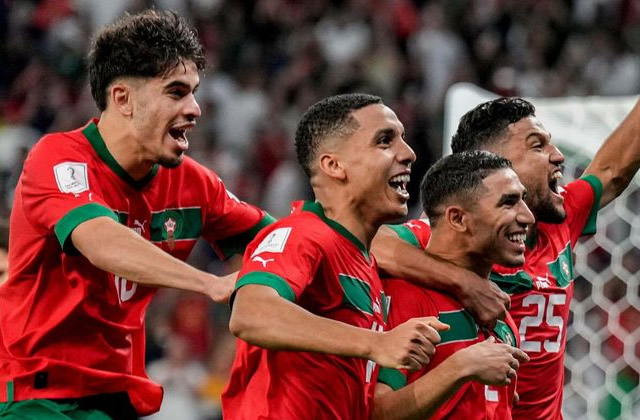 The value of the Atlas Lions on the transfer market has increased by more than 77% after a historic participation in the last Qatar 2022 World Cup, reports the Spanish sports daily “AS” on Monday.

“Moroccan national team players are fashionable. They are on the buy list of many clubs. All, without exception, increased their value in the transfer window after the World Cup in Qatar. Their historic fourth place, based on impeccable team play, left no one behind,” said the specialist newspaper.

“Overall, the value of the Atlas Lions has appreciated by an average of 77.2% and the shares of names like Ounahi, Amrabat and Cheddira have increased more than media names like Mbappé, Julián Álvarez and Enzo. Fernández”, says the publication.

“One of the clubs with the most to gain is Angers, currently bottom of the French Ligue 1, who could receive a large financial injection if they sell one of their most valued players after the World Cup to the Qatar, Azzedine Ounahi”, details “AS”.

The Angers midfielder put in spectacular performances throughout the tournament and his market value rose from €3.50m to €15m, a staggering 328.5% rise if we consider that the value of stars like Jude Bellingham has increased by 10% (from 100 million euros to 110 million euros), according to the same source.

“Another Moroccan player who has benefited from the World Cup is Sofyan Amrabat. The rating of the Fiorentina player has skyrocketed. To be precise, 150%”, says the Spanish daily.

With a market value of 10 million euros before the start of the tournament in Qatar, a possible transfer from Amrabat would cost no less than 25 million euros, the newspaper estimates, specifying that his name is on the crosshairs of the clubs. like Atlético de Madrid, who have just loaned Joao Félix to Chelsea and who have a place for “the star player of Morocco and the revelation of the tournament”.

“Morocco has forged a choral group of talents who, together, have managed to raise their cachet to move the transfer market with all the light they deserve,” says “AS”, noting that “after the World Cup, the Atlas Lions will now also roar in the transfer window”.