If you regularly use the Xbox app on your PC, its latest update should please you. This greatly increases the performance of the software on Windows, as confirmed by Phil Spencer on Twitter. Further proof that Microsoft seeks to offer the best possible experience to PC gamers. 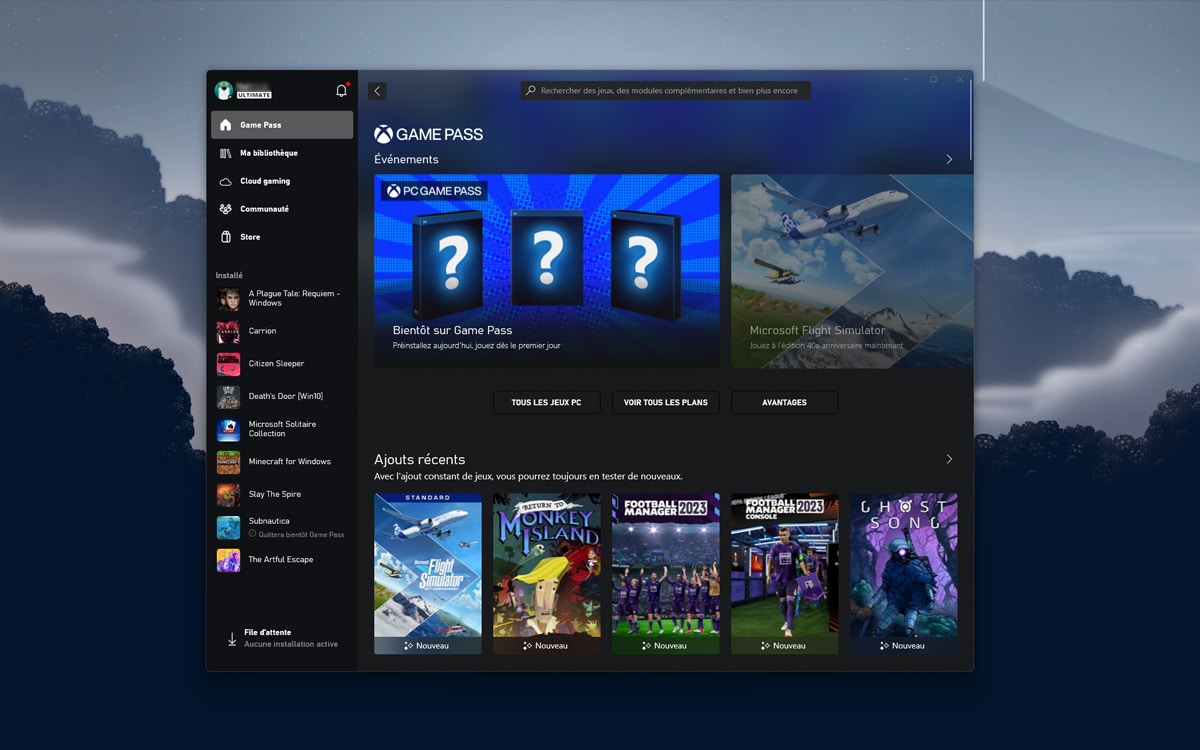 Microsoft continues to improve its Xbox application on Windows. After the popular feature that indicates the time it takes to finish a gameand the creation of a dedicated widget, the latest update focuses on a no less important aspect: performance. Indeed, in addition to the slight improvements here and there, it is on this point that the update in question dwells.

On Twitter, Phil Spencer, boss of Xbox, was also quick to confirm the thing. “Xbox app on PC runs faster and smoother after this week’s update”he wrote. “We’re proud of the team who listened to player feedback and dramatically improved app performance”. Last week, he repeatedly teased the arrival of this important update.

Navigate faster in the Xbox app

You only have to open the application today to realize it yourself. The pages actually load much faster and everything seems more fluid. In short, it is much more pleasant to walk through the different tabs than it was before. Added to this are several fixes, including some error messages when installing games, or the option to change the installation disk that was displayed even when only one hard disk is available.

On the same subject : Xbox app will predict if your PC is powerful enough to run new games

Overall, the experience still needs some improvement. Since its inception, the Xbox application has suffered from its lack of clarity, or the absence of easily identifiable categories. But Microsoft’s responsiveness to responding to requests from its community, especially as Windows encounters performance issues with AMD processors, is particularly appreciable. The rest is now surely only a matter of time.