Until March 18, 2023, the photographic works of the late Laila Alaoui are unveiled as part of the Social and Environmental Biennale of Photography in Paris.

Large-format works by the famous late artist photographer Leila Alaoui are exhibited in the heart of Paris, more precisely at the Maison des Arts de Créteil. They were chosen to be part of the social and environmental Biennale of photography in Paris “Photoclimat”. Indeed, these creations are presented alongside more than thirty committed international artists as well as the major actors of ecological commitment in France. “Through video, photography and documentary, Leila Alaoui explores the construction of identity, cultural diversity and migrations in the Mediterranean area. She uses photography and video to express various social realities through a visual language on the border between documentary and visual arts”, indicate the initiators.

To this end, the public discovers an installation from the series “Les Marocains”. It must be said that this series brings together around thirty portraits of Moroccans, some of which have never been seen before. Inspired by The Americans, Robert Frank’s portrait of post-war America, her road trip through rural Morocco aims to photograph women and men from different ethnic groups, Berbers and Arabs. This project constitutes a visual archive of Moroccan aesthetic traditions and universes. Visitors thus discover the “Crossings” series. This explores the experience of sub-Saharan migrants who embark on a perilous journey to reach the elusive shores of Europe. The series focuses on the collective trauma caused by the experience of crossing borders and becoming a fragile community in a new habitat. While exploring the textures of psychological and physical transition, the installation also veers towards the concept of Europe as a problematic utopia in the African imagination.

“Through video, photography and documentary, Leila Alaoui explores the construction of identity, cultural diversity and migrations in the Mediterranean area. 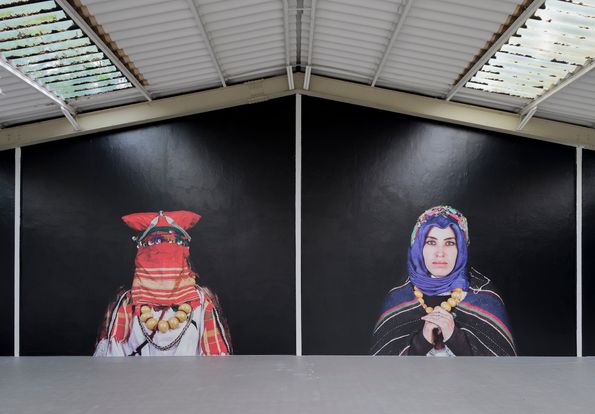 Leila Alaoui needs no introduction. The deceased studied photography at New York University. Her work explores the construction of identity, cultural diversity and migration in the Mediterranean space. Since 2009, his works have been exhibited in various countries, including the Arab World Institute and the European House of Photography in Paris, the Malmö Konsthall in Sweden, the Citadel Palace in Cascais in Portugal and the Museum des Beaux-Arts de Montréal, Arts, Canada, more recently at the Yves St Laurent Museum in Marrakech and Somerset House in London.

In January 2016, while working for an Amnesty International commission on women’s rights in Burkina Faso, Leila Alaoui was seriously injured in the terrorist attacks in Ouagadougou. She did not recover and died on January 18, 2016. The Leila Alaoui Foundation was created to preserve her work, defend her values, inspire and support artists working for human dignity.

This is the title of the box

About the Social and Environmental Biennale of Photography in Paris

Climate: “Photoclimat” or the social and environmental Biennial is organized in 10 emblematic places in Paris. It brings together more than 20 international artists. The idea is to make visitors aware of the climate emergency. 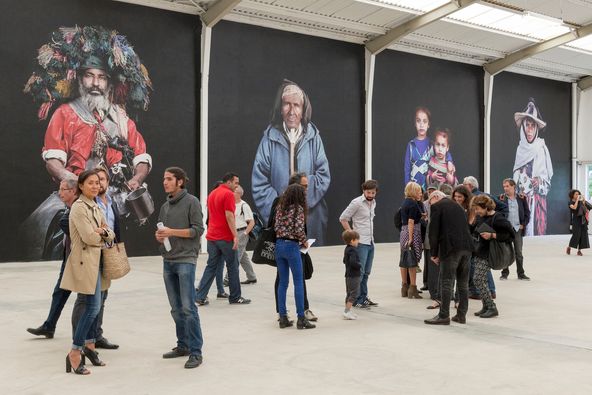