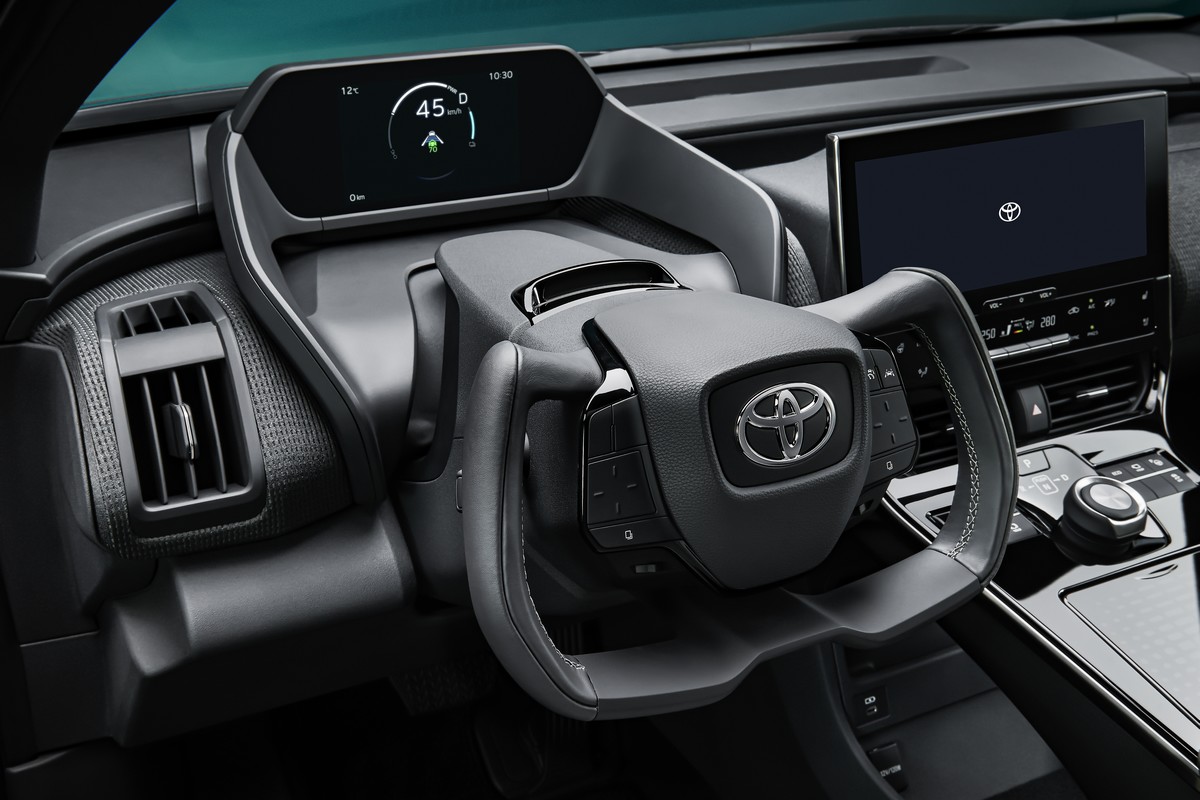 Toyota will develop the bZ4X so that its reserve of autonomy is less important. In addition to the remaining kilometers, the remaining battery percentage will be displayed.

Toyota’s electric SUV has a reserve system similar to a gas tank. It alerts users when there is a small amount of electricity remaining, but this system had received criticism.

Indeed, several Danish journalists have noted a range struggling to exceed 300 kilometers before the reserve lights up. However, the autonomy of the WLTP cycle is announced at 470 kilometers.

With the reserve, Toyota was obviously trying to reassure customers who are used to thermal cars. But the manufacturer admitted to having taken an overly conservative approach with this.

Indeed, the reserve corresponded to the equivalent of what the reserve provides for a gasoline engine. “We are going to give greater transparency and unlock some hidden elements of autonomy”said brand spokesperson Robert Tickner.

“We are going to optimize the autonomy reserve. When the instrument screen says there are zero miles left, there are actually 8% left. Compared to our rivals, our reserve is a little bigger, and we want to free up some of it to make it usable. »

Among the changes made by Toyota, we will now find a percentage corresponding to the rest of the battery. This will be added to the number of remaining kilometres. The manufacturer’s objective is thus to leave a much smaller reserve.

Indeed, motorists flirt much less with the limit when they have an electric car. Also, leaving almost a tenth of the capacity available after the zero kilometer display is not a good calculation.

By modifying this, the autonomy should increase a little. On the other hand, it must already be admitted that this will not make it possible to approach the consumption of the WLTP cycle.

Additionally, remaining range predictions will be less impacted by air conditioning. The Danish newspaper Car, as well as its counterpart Elbil24, noted a large decrease in the distance left to travel when they activated the air conditioning.

Autonomy suddenly went from more than 400 kilometers to less than 300, just by pressing the button. Again, Toyota will make changes to stick more to reality.

“We are going to implement a better methodology for the HVAC system (heating, ventilation and air conditioning, editor’s note). You can see a deterioration of around 100 kilometres, but in reality it will be around 50. It will be fairer in the future. »

Read also
New Toyota Prius: our first contact on board the plug-in hybrid