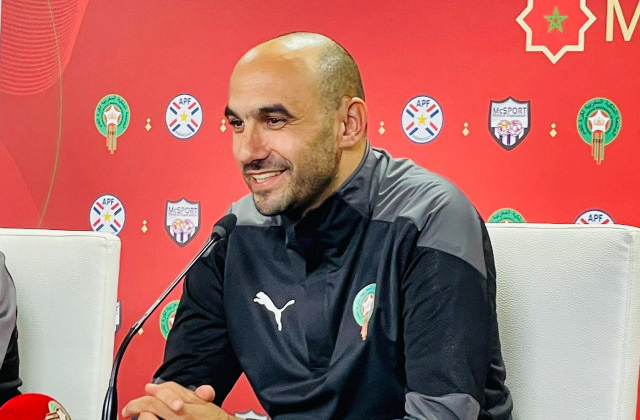 Walid Regragui the national coach does not want to leave anything to chance and above all to avoid any misunderstanding or problem of any kind, the Moroccan technician who has for him to have a solid experience as a coach after having lived a more than honorable career whose an African Cup of Nations final with the Lions in 2004 against hosts Tunisia knows that the details sometimes make the difference.

The coach had an interview with 4 players who are Soufiane Boufal, HAKIM Ziyech, Ashraf Hakimi and Abderrazak Hamdallah in order to establish a hierarchy for the set piece shooters who will have to be respected whatever happens. No straight pass or bad show will be tolerated by the Moroccan technician who knows how much this kind of thing can poison the life of a group that lives well. The previous Hamdallah/Fajr is the perfect example.
In a few hours the Moroccan players will be able to settle the last details of their preparation and start this hierarchy wanted and decided by Regragui.