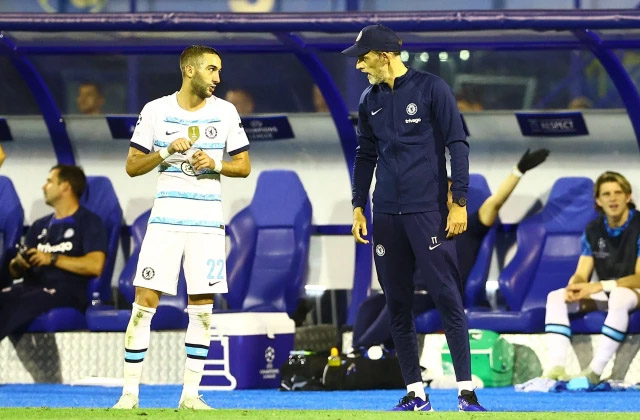 One of the reasons for the dismissal of Thomas Tuchel at Chelsea was the frustration that simmered within the workforce in addition to his total disconnection with the youngsters of the Blues academy.

After the revolution wrought under Frank Lampard, Thomas Tuchel turned mainly to confirmed stars brought in after a staggering £259.1million summer outlay.

Graham Potter is expected to be announced as Chelsea’s next manager to better manage academy stars and cracks who may thrive or be revived by the England manager.

Among the stars, the American winger, Christian Pulisic should benefit from a new status after having sorely missed playing time under Tuchel. The 23-year-old USA captain has been considering a potential loan move this summer but with the German coach gone he could finally find consistency just in time for the World Cup.

The other star who could rebound is Hakim Ziyech. The Atlas Lion, was largely sidelined under Tuchel towards the end of last season and came close to returning to Ajax this summer. There’s no doubting the quality the Moroccan can deliver, but consistency has been an issue.

Given Potter’s preference for smart and technical players when he was at Brighton, Hakim Ziyech should be encouraged by the change in coaching staff.