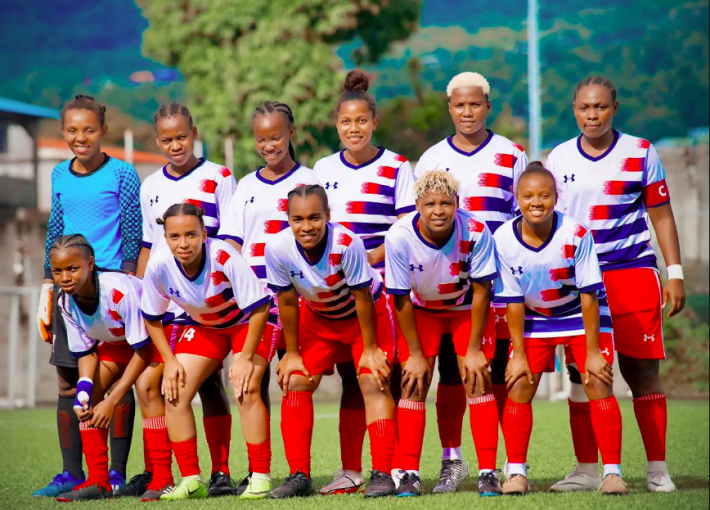 Freshly returned from a first participation in the Women’s Champions League, the Moroniennes concluded the 2022 season this Sunday with a new coronation.

After years of crossing the desert, the Olympic of Moroni won all the distinctions this season. Crowned Comoros Champions last June, Narina Aly Zanaka’s teammates have also just won the 2022 Comoros Cup.

One goal was enough for the Moroniennes to win the final against FC Ouvanga de Moya. Hairyat Abdourahmane unblocks the situation by scoring the only goal of the game in the 47th minute. At the end of the meeting, the essential was done. The formation of the capital achieves the double of the 2022 season.

This is their second Cup title after that of 2009 when the team was called ” Mom Club “. Top scorer of this 2022 National Phase with three goals, Aimée Christina Razanampiavy was named Player of the competition. Last month, the Moroniennes made history by being the first Comorian team to win a victory in the Women’s Champions League.