After a lackluster year 2022 and a total absence during the Game Awards 2022, Xbox had realized its shortcomings and is starting the year with a new format called Developer_Direct. If you have not followed the conference, we summarize the information you should not miss! 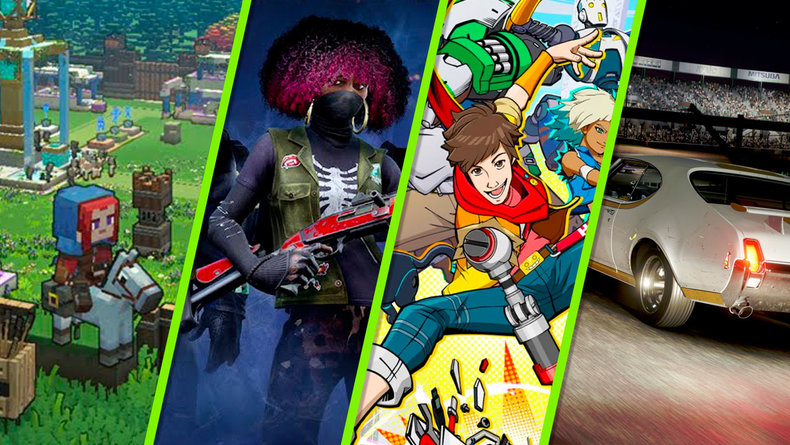 Mojang Studios showed off a lot of gameplay from Minecraft Legends which will feature a story-driven campaign as well as a two-team, 4-player mode. It will be a question here of amassing a maximum of resources to build a base and to attack that of the enemies.

Minecraft Legends is scheduled for release on April 18 on Windows PC, Xbox Series X|S, Xbox One, PlayStation 5|4, Steam, and Nintendo Switch. The game will also be available on Xbox Game Pass and PC Game Pass.

Several gameplay footage was shown for the new Forza Motorsport whose release date was conspicuous by its absence. Will the game be pushed back to the end of the year? It remains a mystery at present, but its release could be announced tomorrow during a dedicated presentation.

The developers announced over 500 cars, 20 environments, over 800 improvements and a new audio mix to support Dolby Atmos. Full details are available in our full article on what’s new.

Forza Motorsport will be available on Xbox Series X|S and Windows PC as well as Xbox Game Pass, PC Game Pass and playable via Xbox Cloud Gaming (in Beta).

It was the surprise of the evening, even though we had already mentioned the game earlier this week. Hi-Fi Rush is the new project from Tango Gameworks and it is indeed a single-player rhythm and action game in which the fights will be punctuated by rock songs.

ZeniMax Online Studios has introduced the next major update for The Elder Scrolls Online, called “Necrom”. She signs a return to Morrowind with a new playable class, the Arcanist.

The Elder Scrolls Online: Necrom will be available on Xbox, PlayStation, PC and Mac on June 20, 2023.

The Xbox conference ended with a gameplay presentation of Redfall, Bethesda’s next game developed by Arkane Austin. We discovered the “Vampire Gods” as well as new details on customization.

The release of Redfall has been formalized on May 2 on Xbox Series X | S and PC.

You missed the conference #Xbox Developer_Direct? Here is the summary in 1 minute 30 chrono!