By promising to help millions of creators make money on the platform, Youtube plans to launch advertisements in YouTube Shorts part of the revenue from which will go to the creators. They will perceive 45% of advertising revenue.

the New York Times reports that from 2023, the platform plans to facilitate the participation of creators in its partner program. Amjad Hanif, YouTube’s vice president of creator products, said at the meeting that it was “ae the biggest expansion we’ve done in several years, creating new ways for creators to join the program “. In fact, those who meet the conditions will be able to start receiving a share of the advertising revenue generated by the short format. 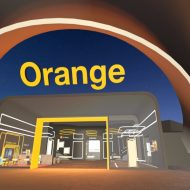 Orange Spain launches a store in the metaverse

In order to curb the departure of many YouTubers to the competing platform, YouTube will facilitate the work of those who are not eligible for its program: earn money through advice, subscriptions, or sales of derivative products .

18 months after the launch of Shorts and a year after YouTube product manager Neal Mohan promised a “ long-term monetization project “, the platform hopes to attract many creators. Despite statistics that allow it to grow rapidly, 30 billion views per day and 1.5 billion people who watch it every month, the Shorts feature struggles to reach the level of TikTok. Moreover, Shorts does not benefit from all the advantages of YouTube: the platform reverses its percentages, keeping 55% of the revenue for her and 45% for the creators. But the extra money will allow creators to use popular music and make money off the content.

Towards a change of advertising model?

YouTube’s traditional video advertising model is simple: users click on a video, watch an ad before or during the video, and creators receive a portion of the revenue from that viewing. With formats such as those of Shorts or TikTok, the model is more complex. For example, the sequencing of content does not make it clear who will be paid. Many details are not settled yet. Nevertheless, the platform has a plan of what may be offered: if you open Shorts, watch six videossee two advertisements and exit the app, YouTube will take the revenue from both ads and split it between the six videos.

Shorts will probably be less lucrative for the most popular channels, which will have to share the income with the rest of the flow. Nevertheless, it will allow more people to earn money. This was TikTok’s strategy: the application relied on the permanent renewal of new creators to succeed. YouTube seems to want to do the same. Indeed, the platform has approximately 2 millions of youtubers monetizing and would like to reach 3 million by the end of 2023. YouTube is betting that salaries will be enough to hopefully keep creators on the platform.